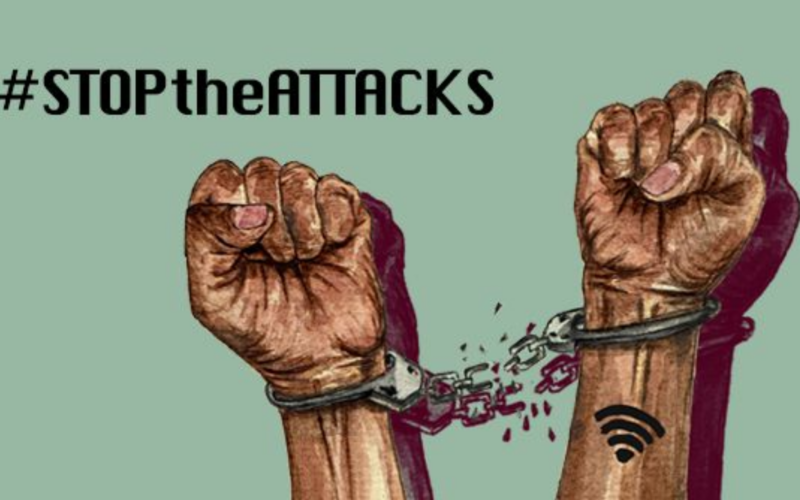 A group of human rights activists and organizations from Southeast Asia are calling to stop the attacks on democracy and media activists, as well as other individuals-at-risk, for their expression online. In the increasingly authoritarian region, we stand witness to bloggers, protestors, human rights defenders, journalists and every day internet-users being harassed, threatened, beaten, prosecuted and imprisoned for their legitimate use of online spaces.

The many brave individuals people fighting discrimination, hostility and violence include Nguyen Van Hoa (Vietnam), Le Dinh Luong (Vietnam) and Min Htin Ko Ko Gyi (Myanmar), who are currently in prison for expressing dissent and exercising their rights online. Their detention violates their guaranteed constitutional and international human rights. They are sentenced to lengthy prison terms and we fear for their physical and psychological integrity.

We stand in solidarity with Fahmi Reza (Malaysia) who was convicted; and Maria Ressa (Philippines), Margarita Valle (Philippines), Dandhy Laksono (Indonesia), Karn Pongpraphapan (Thailand) and Michael Do Nam Trung (Vietnam), who were recently released from detention, while Veronica Koman (Indonesia) and Lookate Chonthicha (Thailand) face threats of arrest and legal harassment for exercising their rights through digital tools. Authorities have often confiscated digital devices of activists, violating their privacy and hindering their work.

The harassment has also been extended to civil society organisations including Sisters in Islam (Malaysia) against whom a fatwa was issued banning all their publications including content on social media. AlterMidya (Philippines) on the other hand is facing a defamation suit demanding exorbitant amounts for exposing the role of corporates in cyber attacks. We view these as deliberate attacks on the right to freedom of expression and information.

The increasing number of arbitrary arrests, detentions and prosecutions of individuals exercising their right to freedom of expression online highlights the failure of governments to respect human rights and damages the region’s reputation on the international stage. Southeast Asian governments must stop repressing free expression online, as this ultimately discourages civic participation.

With this statement, we express our collective voice in support for all people to exercise their rights online and call on all Southeast Asian governments to immediately and unconditionally release all detained activists, drop charges and refrain from harassing digital rights activists, advocates and media-makers. The governments in the region must STOP the ATTACKS on our rights and democracy.