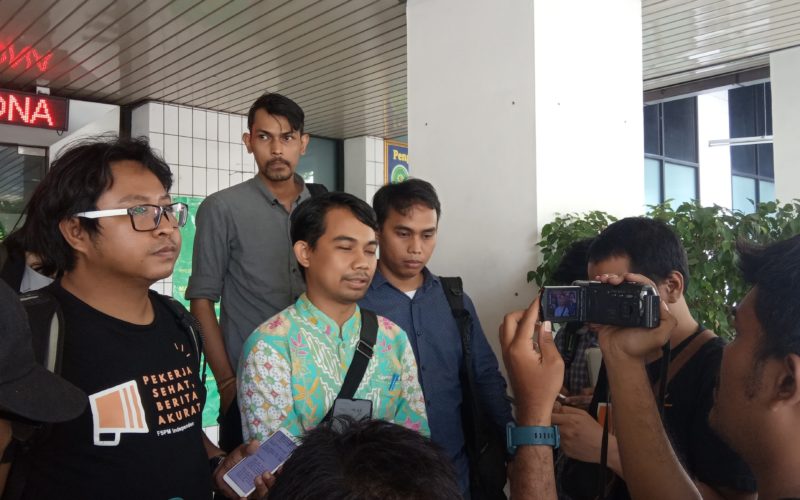 On November 21, 2019, The Press Freedom Defender Team — consisted of the Alliance of Independent Journalists (AJI) and SAFEnet as plaintiffs and LBH Pers, YLBHI, Kontras, Elsam and ICJR as legal counsel — sued the President of the Republic of Indonesia and the Minister of Communication and Information of the Republic of Indonesia for allegedly breaking the law related to their act to terminate internet access in Papua and West Papua during August – September 2019, to the Jakarta State Administrative Court (PTUN). The claim has been received with the registration number 230 / G / 2019 / PTUN-JKT.

This lawsuit was filed after the government did not respond to the objections of the Press Freedom Defenders Team to internet shutdown in Papua on September 4, 2019. Whereas internet shutdown in Papua and West Papua have resulted in journalists, especially in the regions of Papua and West Papua not being able to do their daily work to fulfill people’s information rights due to the absence of the internet.

The Press Freedom Defense Team sees this Internet Shutdown as a systematic and planned effort to silence and obstruct journalists’ work. Even though the work of journalists is protected by law.

This is as stated in Article 8 of the Press Law No. 40/1999 which states: “In carrying out their profession, journalists receive legal protection” and Article 4 paragraph 3 which states: To guarantee freedom of the press, the national press has the right to seek, obtain, and disseminate ideas and information.

This policy also hindered the community’s desire to get information because the journalists concerned could not work due to lack of internet access. As a result, the public and readers have difficulty deciding what information is right and what is wrong. Distorted information makes decisions and judgments made are also distorted.

The Press Freedom Defender team also asked the PTUN Jakarta judges to punish the defendants to openly apologize to the people of Indonesia, especially Papua and West Papua and joint responsibility in 3 national print media.