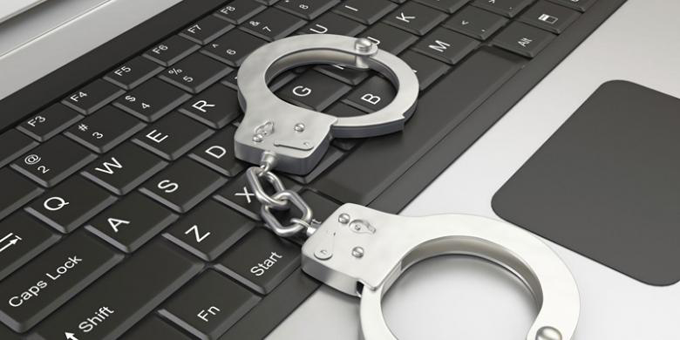 This article appear on engagemedia.org on September 14, 2017 and written by Yerry Borang and Egbert Wits.

Earlier in 2017, in collaboration with Citizen Lab, we spoke to journalists from Papua, Aceh, and Central Java in an effort to find out the current situation regarding the safety of journalists there. In total, 16 journalists were interviewed, with a focus on digital security and how journalists (safely) use technology. Besides Indonesia, this research was also conducted in the Philippines.

Although there’s a growing number of websites that can help you work more safely, a larger narrative discussing the pros and cons of digital security for journalists and the digital security challenges they face in today’s fast-paced, “instant deadline” world is missing. We hope that sharing the outcomes from our research in Indonesia can help contribute to this discussion. Let’s start by looking at journalistic education.

The lack of training on online and offline safety is an alarming fact given that the safety of journalists in Indonesia is precarious, to say the least. Human Rights Watch reports [2] that violence against journalists in Indonesia is on the rise. The Alliance of Independent Journalists (AJI), an Indonesian non-governmental union, reported that there were 78 incidents of violent attacks on journalists in 2016 [3], including those by security forces. A stark increase compared with 42 in 2015, and 40 in 2014. AJI found that attackers have been brought to justice in only  a few of these 78 incidents. And even though there are several laws [4] protecting Indonesian journalists, access to justice is still difficult.

All the journalists in our research primarily rely on their smartphones for communication and the recording of interviews. Contacts of sources are saved in the device and Whatsapp chat groups are important sources of information and a place to share. Only 3 out of 16 journalists believe the data in their mobile phones are secure if used properly. Methods like encrypted messaging are not widely known, although most realize that sending sensitive information is better not done through mobile chat applications or regular text messages. “Important messages are better not sent by regular sms. Just to be safe.” (Papua no.1).

Remarkably, most journalists realize that they are prone to outsiders tapping into their phones or investigating the data in them. Yet, they do little to prevent it, and some just hope for the best: “I just hope it’s safe to use Whatsapp. I use it as there’s no other alternative” (Jakarta no.2). Others just try to be cautious: “We have to be more cautious in using application and digital devices” (Jakarta no.7). But generally speaking, journalists do too little. With 6 out of 16 answering “yes” to being asked if they suspected that they were under any kind of digital or physical danger due to their work, their lack of preemptive action comes as a surprise. It’s almost as if they take the current situation for granted.

Keeping the Personal Separate from the Professional

11 out of 16 journalists regularly use their personal numbers and/or social media accounts for their work. Although many stated that it is better to keep personal social media accounts and phone numbers separate, a variety of reasons led them to abandon this principle. Convenience, frequently working outside of office hours, close ties among journalists, and the lack of office equipment were the reasons most mentioned for using personal accounts and numbers while performing professional duties.

Due to journalists’ inability to separate the personal from the professional some have had to discontinue or even entirely delete their social media accounts. “I have deleted all my social media accounts. No more Twitter, Facebook and Instagram for me. Just to be safe.” (Jakarta no.5) Journalists also mentioned being bullied or receiving threats through their social media accounts. An additional danger is that journalists’ private details (family members, addresses, favourite hangouts, etc.) are can be easily discovered online. It’s a big question if this is preventable, as journalists’ names are often mentioned alongside articles in Indonesia. A simple Google search based on someone’s name often reveals quite a lot about their private life.

Only 5 out of 16 journalists mentioned that their companies had specific policies on the use of software, online administration, and saving data. Upon further questioning, this mainly referred to naming files (archiving and database storage) and having access to passwords which allow for articles being published. Most journalists use personal laptops, smartphones, SD-cards or other devices to store interview data. Almost all use online storage software (Google Drive or Dropbox) for backing up their data.

Regarding the safety of data, this comment is exemplary: “No matter how good we save our data in electronic devices, it still can be hacked by certain people” (Jakarta no.10). Journalists seem to be aware of the danger, but feel there is little they can do about it. The convenience of, for instance, saving information on a personal smartphone, and lack of (more secure) alternatives are the comments that are most often heard. None of the journalists’ employers have strict safety procedures and sharing computers at the office is commonplace. Even login passwords to computers are shared in case there is a problem or if certain files need to be accessed. In general, the safety of stored data is not considered an issue.

A stark contrast was seen between journalists operating in Indonesia’s capital, Jakarta, versus those active in the outer regions of the archipelago. Journalists in Jakarta feel much safer and often mention that working in more remote locations is more dangerous.“Working in other places outside Jakarta is still dangerous. My fellow journalists there often get terrorized. But in Jakarta, we are still reasonably free.” (Jakarta no.3) The biggest threats mentioned are local actors. For example, local industries, local government officials, entrepreneurs/companies working in resource extraction industries and (extremist) civil society groups.

We suspect that this contrast between Jakarta and the outside regions is largely due to varying degrees of internet access and civilians’ access to information. Additionally, any event taking place in Jakarta quickly becomes national news. In the outer regions, internet penetration is lower and having access to news is more difficult. What happens local, often stays local; allowing local actors more freedom to act “unnoticed”.

Getting Indonesian journalists to use legitimate operational software is a challenge. Almost all use pirated copies, meaning they don’t receive regular security updates and live malware protection is missing.

Besides providing original copies of operational software, employers should provide more assistance to the journalists. A monthly working group comprised of journalists to discuss and investigate digital security issues could make a difference. Again, there’s plenty of software and online courses out there, but if employers are not encouraging their journalists to upgrade their level of security, the existing status quo is likely to adhere.

The conclusion of our interviews with Indonesian journalists is that they take digital security very lightly. Combined with the perception that there is little they can do about it, the current situation is not a good one. Most importantly, journalists will have to become more aware that lax digital security can have a very negative impact. Not only for the journalists themselves, but also for their sources, families, employers and the public.

1 Amongst others, we looked at UGM (Yogyakarta), UNPAD (Bandung), UI (Jakarta). Here a link with an example of a representative curriculum. Communication Studies at the Journalist Dept of Atma Jaya University (Jakarta).

3 This number only captures the violence faced by “professional” journalists. There are many more unreported cases where victims were citizen journalists or freelancers.