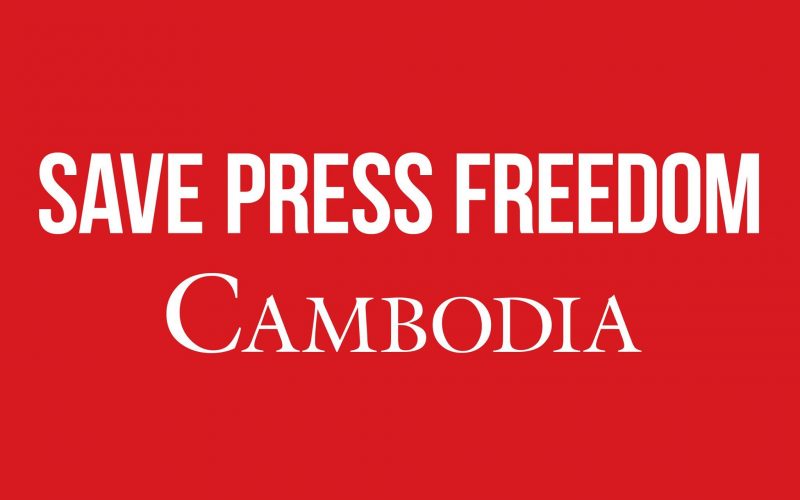 Starting on August 22, the Cambodian Center for Independent Media (CCIM) that broadcasts of its Voice of Democracy program were to be stopped. Broadcasts of VOD in Phnom Penh on FM 106.5 MHz and FM 106.7 MHz were stopped on August 22 and 23, respectively, and by three other provincial stations FM 91.25 MHz in Siem Reap, FM 91.25 MHz in Battambang, and FM 101 MHz in Banteay Meanchey on Thursday. The broadcasting of programs from VOA and RFA in all provinces outside Phnom Penh was also stopped.

At least 31 broadcasts relayed from Phnom Penh and from 19 provinces that were shut down upon orders by the Ministry of Information, on the basis of an alleged failure to adequately report on the sales of airtime. The Cambodia services of RFA and VOA have also been threatened with closure in relation to taxation issues.

Meanwhile The Cambodia Daily, announced its shut down today, 4 September 2017, because of an alleged USD$6.3 million tax bill demanded by the General Department of Taxation Cambodia (GDTC). The Cambodia Daily, an independent newspaper renowned for critical investigative reporting, has requested a formal audit and for due process to be followed; thus far, its request has been denied.

SAFEnet sees the shutdown of media is related to 2018 national election, therefore we urge the Cambodian government to stop threatening media using tax or license issues. The Cambodian Government should respect and protect freedom to access information, freedom of expression including press freedom.