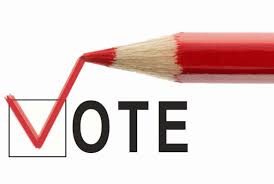 For immediately release
SAFEnet: Stop Intimidating and Release All “We Want Voting Movement” Supporters in Thailand

Not long after the announcement by We Want Voting Movement to raise issue “Halt the NCPO system, Cease the election postponement” on May 21st-22nd, 2018, the official from Security Affair Sections threaten the WWVM supporters. Recently, the threat has intensely enhanced through monitoring right in front of the house door, as well as asking the court to issue search warrant to search and invade civilian who are suspected to be part of the movement or have ever participated the activity. And on May 20th, 2018, Mr. U-Thai Thaewpho and his wife, indicated as supporter of the movement, were sent to the military camp.

SAFEnet condemns the use of surveillance and threat to We Want Voting Movement supporters in Thailand. SAFEnet reminds Thai Government that such activity is guaranteed by Article 19 of The Universal Declaration of Human Rights and also in Thai Constitution, so the Thai Government should protect their freedom of expression from any attacks.

SAFEnet also concern about the future of democracy of Thailand if there are no space for Thai people to express their opinions freely. As a democratic country, Thailand should understand constructive critics will not hurt a country and only make the country grow better. Therefore, we strongly suggest the freedom of expression must be respected at all cost in Thailand.

Therefore SAFEnet send a release to the Thai Government to:

2. Release Mr. U-Thai Thaewpho and his wife, also others if any, from any military camp

3. Protect the freedom of expression of Thai people at any cost