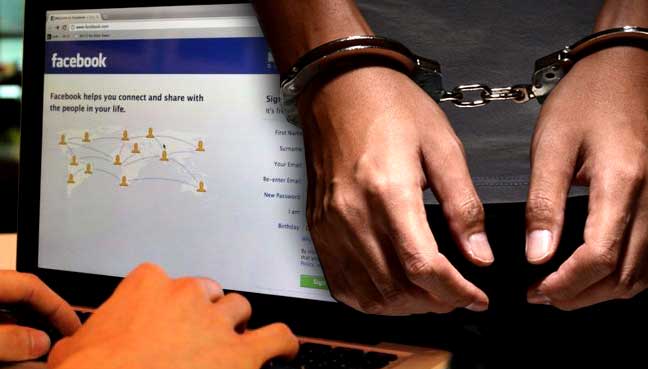 A social media user in Myanmar has been given a six-month sentence for defaming de facto leader Aung San Suu Kyi, despite calls from civil society organizations to amend the country’s notorious defamation laws.

Zaw Zaw (aka Ngaphar) was arrested in October and charged under section 66D of the Telecommunication Law for posting text and photos on Facebook that were considered defamatory toward State Counselor Suu Kyi and President Htin Kyaw.

A court in North Dagon Township of Myanmar’s largest city, Yangon, handed him the jail sentence with hard labor, according to police Tuesday.

Though the once self-isolated country is now ruled by a civilian government led by Suu Kyi, rights groups warn of an escalation in the suppression of opposition critics by state authorities.

According to a campaign led by a group of civil society activists — most of whom were imprisoned under the law — lawsuits over “defamatory” Facebook posts about state leaders and public social affairs are on the rise.

At least 43 cases have been filed under section 66D during the current government, which took office in March 2016, according to activist Maung Saung Kha, who was imprisoned for a post in 2015.

The group is calling on the government and Parliament to amend the section, which criminalizes defamation on the Internet with a penalty of up to three years in prison.

According to PEN Myanmar, 38 people have been charged under section 66D since Suu Kyi’s National League for Democracy took power, among them human rights activists and journalists known for their critical commentary on the party.