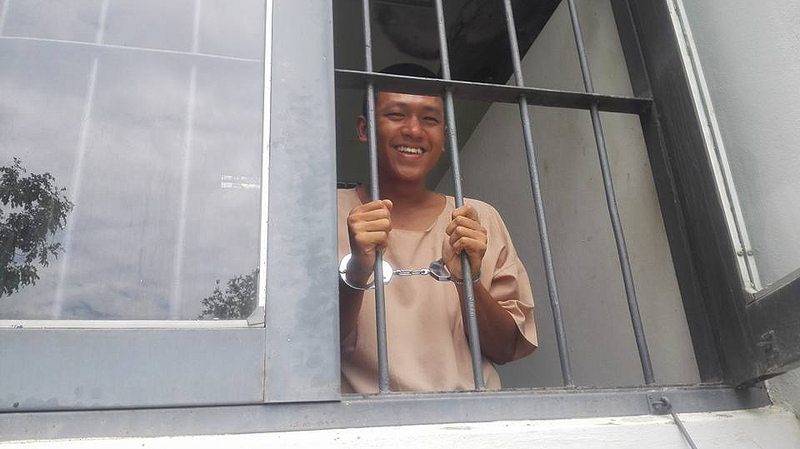 Pai Dao Din, activist in Thailand, has been sentenced to two-and-a-half years in prison after confessing to posting a BBC article on his Facebook account that has been deemed insulting to the nation’s monarchy. Pai Pao Din is a nickname of Jatupat Booyapatraksa. He was found guilty Tuesday of violating the country’s strict lèse-majesté law, which criminalizes all perceived insults to royal family, a representative of Thai legal monitoring group iLaw.

Pai initially faced a five year sentence, but his term was reduced by half because he confessed. He has already served more than six months in jail in Khon Khaen, a city in northeastern Thailand, which will further reduce his sentence, according to iLaw. Four additional charges are pending against him, iLaw added.

Thailand’s lèse-majesté law is among the strictest of its kind; the legislation is ostensibly meant to protect the royal family from being defamed, but in practice is often used to suppress dissent.

Violators can be sentenced to up to 15 years in prison, and complaints can be made by anyone, against anyone, at any time. Human rights groups and legal professionals say they have seen an uptick in enforcement of defamation laws since the country’s military seized power in a 2014 coup. The number of lèse-majesté cases has exceeded 100 since the putsch.