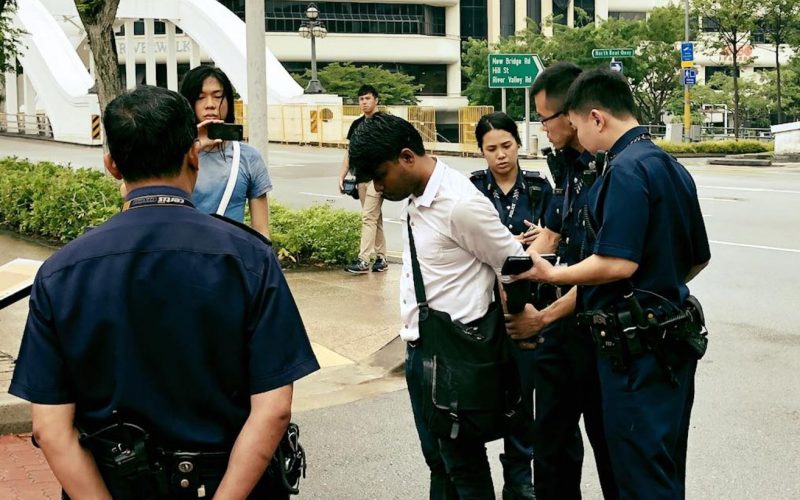 Artist/Activist Seelan Palay presented a performance on Sunday afternoon at Hong Lim Park, “32 Years: The Interrogation of a Mirror” in commemoration of the 32 years of detention without trial that former Elected Member of Parliament, Chia Thye Poh on October 1, 2017.

During the ten minute performance, Seelan who turns 32 this year, said he couldn’t fathom how a person could be locked up without trial for the same number of years that he has lived. After making his way to the Art Gallery and to the Parliament House to complete his artwork on a mirror, he stood in front of the Parliament House, holding onto his art piece.  After several failed attempts by the Police to persuade Seelan to leave the area, he was arrested by the Police at 3.20pm. It is unsure what offence did the Police arrest him under, however, under Singapore law, one person can be considered as illegal assembly.

On Monday afternoon, Seelan was release and put on a bail of $5000.