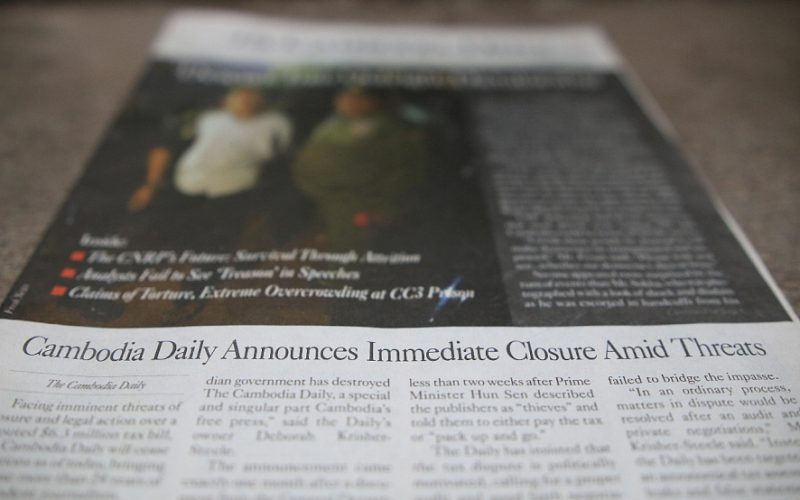 Phnom Penh municipal court postponed the trial today of Deborah Krisher-Steele, publisher of the now defunct The Cambodia Daily newspaper, who is charged with “public defamation”.

The charge was brought by the General Department of Taxation following comments accusing the authority of disclosing confidential information about a massive tax bill. The newspaper closed its office in Cambodia and laid off staff on 4 September 2017, after receiving the disputed US$6.3 million bill.

Today’s adjournment was the second since the trial opened. Judge Seng Neang said the latest delay was needed due to the complexity of the case and to consider a defense request to summon a Fresh News staffer as witness.

After a brief hearing on 22 March 2018 the judge also suspended proceedings, citing key evidence that had not been correctly translated into Khmer.

A new trial date was not announced.