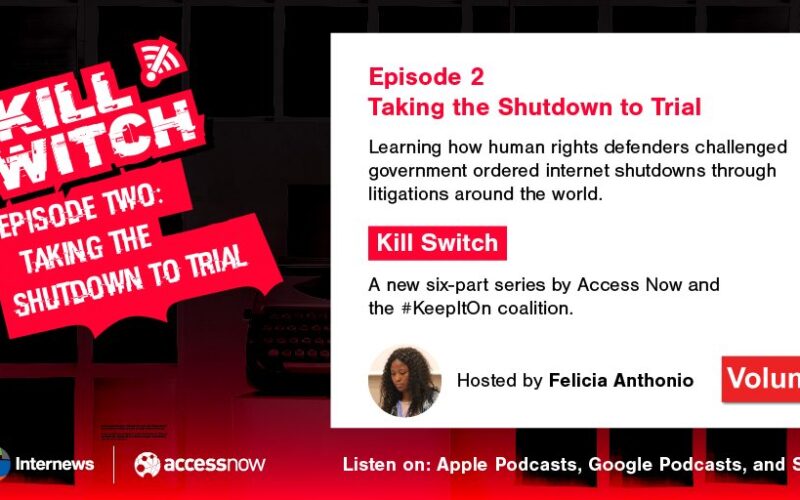 Hear the draconian internet law and #internetshutdown in #Indonesia in the #KillSwitch podcast episode 2: Taking the Shutdown to Trial

In the second episode of Kill Switch, we take a look at what happens when you decide to take your government, president, or even your telecom service provider, to court in a desperate effort to get an internet shutdown stopped.

We hear about a daring court case in which a Sudanese lawyer fought to get his personal mobile internet connection reinstated after the bloody massacre that took place in Khartoum in 2019. We also hear how the president of Indonesia lost a legal battle against digital rights activists, as well as how the government of Cameroon tried to intimidate a judge who was trying to get a regional internet shutdown lifted.

Hosted by Felicia Anthonia. Produced by Access Now, the #KeepItOn coalition, and Volume.