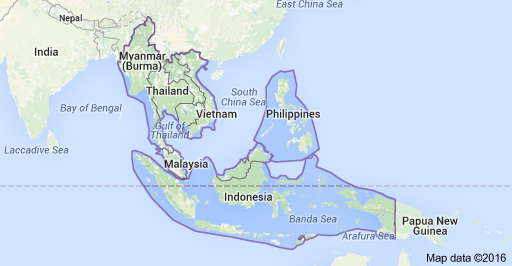 This article first appear at New Mandala on November 1, 2017.

On 12 April 2017, Thailand’s Ministry of Digital Economy and Society issued what the Bangkok Post called “a strange government directive”. It prohibited anyone from following, communicating with, or disseminating information online from three outspoken critics of the government—or risk up to 15 years in prison. The statement seemingly appeared out of nowhere, and without any explanation. Does the act of “following” include reading these authors’ posts, or actually clicking the “follow” button on their profile? This was never clarified by the government.

The ambiguity of the Thai cyber laws prompted a local online newspaper,Prachatai, to publish information warning readers about how to avoid being charged with Thailand’s draconian Article 112, which prohibits defamation against the royal family. But the journalist responsible for the article was in turn interrogated by the Thai authorities for a possible computer crime herself. This deadly dose of opaque cyber regulations and an authoritarian political regime has made Thailand’s cyberspace one of the most restricted in Asia.

This combination, however, is growing more and more representative of the regional norm. In Southeast Asia, the liberating effects of the internet coexist in increasing tension with state anxiety about information control. Southeast Asian cyberspace is thus becoming more expansive, yet more restricted. On the one hand, the number of people who have come online for the first time has exploded: Myanmar, for example, went from 1% internet penetration in 2012 to 26% in 2017 thanks to an abundance of cheap mobile phones. Internet users across the region are increasingly spending time online to work, study, connect with friends, and participate in civic and political life.

On the other hand, Southeast Asian governments are growing wary of the potential for the internet to threaten political stability. Cyberspace in Southeast Asia has evolved into a space for contestation over power and control between the state and its societal opponents, with the former exerting greater and more sophisticated control over the latter. As electoral contestation increases in some countries, feuding elites have sought to win the hearts and minds of the ever more engaged and wired citizenry through old tactics of divide and conquer, exploiting deep-seated ethnic, religious and racial cleavages. Social networking sites like Facebook have made it all too easy to spread hate speech and misinformation—further entrenching divisions in society, and inviting yet more state-led censorship.

Viewed globally, the Southeast Asian experience is not an aberration. Freedom House’s Net Freedom Report, which ranks the degree of cyber openness around the world, has recorded the sixth consecutive year of global decline in internet freedom. More than two thirds of the world’s population live in countries where criticism of governments gets censored.

The present reality stands in stark contrast to early optimism about the positive, liberating role the internet could play in bringing about political change in authoritarian regimes—a sentiment which flourished following the “Arab Spring”. The utopian idea that social media could spell the end of despots has now been muted by users’ frustration with increasing crackdowns on the internet and the chilling effect brought on by continued persecution of politically active social media users. Indeed, in 2016 a total of 24 countries restricted access to popular social media platforms and messaging apps—an increase of 60% compared to the previous year. 27% of internet users live in countries whose authorities have made arrests based on social media posts.

So where does Southeast Asia fit in this global picture? Despite varying degrees of internet penetration—ranging from 19% in Cambodia to 82% in Singapore—national internet environments in Southeast Asia share three key similarities.

First, there is an overall consecutive decline in internet freedom, which measures the degree to which access is unrestricted. The Philippines stands as the only country in the region that receives a score of “free” according to Freedom House (Figure 1). The rest of Southeast Asian internet users enjoy partial to little freedom in surfing the net. In all the “partly free” and “not free” states, ordinary internet users have been arrested for their online activities and user rights have been repeatedly violated. Measures to censor critical opinions about authorities can include blocking of websites, content removal, and in some cases arrests and persecution—the latter of which has been taking place more recently, as authorities across the region pay closer attention to social media and chat app content.

Vietnamese blogger Nguyen Ngoch Nhu or “Mother Mushroom” was sentenced to 10 years in prison in 2017 for “conducting propaganda against the state”, after she wrote on issues relating to policy brutality, land rights, and freedom of speech. A Thai man has been sentenced to 35 years in prison for Facebook posts the authorities deemed critical of the royal family. This follows the 2016 arrest of eight internet users who ran a satirical Facebook page mocking Prime Minister Prayuth Chan-Ocha. In Singapore, whose leaders prefer slapping lawsuits upon critics over arresting them, blogger Roy Ngerng was sued for defaming Prime Minister Lee Hsien Loong in posts on his blog. Even a democratic government in Indonesia has sought to censor same-sex emojis from messaging apps and has banned several gay dating apps.

Second, many Southeast Asian states have in recent years sought to institutionalise online information controls through new laws and regulations, typically citing concerns for national security. Myanmar’s 2013 Telecommunications Law openly permits criminalisation of internet activism or communication that are considered “dishonest” and “untruthful” by the regime. Cambodia has had several drafts of the cybercrime law, with each one eliciting grave concerns from rights groups. Article 35 from the 2012 draft, for instance,would criminalise civil society organisations deemed to endanger the security, morality and values of the nation. A 2017 amendment to Thailand’s Computer-Related Crime Act worsened an already repressive internet law by giving authorities wide-ranging powers to arrest anyone who might be spreading information that would be against the (vaguely-defined) national interest. Indonesia’s newly amended Electronic Information Transactions Law (UU ITE)was criticised by internet rights groups for creating chilling effects online and curbing of freedom of expression. Indeed, the majority of cyber laws in the region are written in vague terms on purpose: they give power to authorities to interpret what is critical to the nation’s security and public safety.

Third, the varying degree of filtering on issues of social, political, and national security importance gives some indication of the country’s priorities on internet control. Censorship is most severe when it comes to criticism against the state (Figure 2). While the growth of internet usage across Southeast Asia caused concern about information control among all of the region’s governments, reasons for such concern vary. Indonesia and Thailand focus their internet censorship efforts on social issues—particularly online pornography—whereas Malaysia, Vietnam, Myanmar (and to some extent Thailand too) have gone to some lengths to crack down on cyber dissidents deemed a threat to regime stability. Highly developed Singapore, with its hegemonic party rule, has one of the world’s highest internet penetration rates. Instead of practicing cyber surveillance and filtering, its leaders prefer to rely on non-technological means to curb online commentary perceived to be a threat to social values and religious and ethnic harmony. These “second generation” control mechanisms—such as lawsuits, steep fines, and criminal prosecution—act to deter “inappropriate” online behaviour.

Divide the people, conquer the discourse

But political elites, even if they could, would not want to control the flow of allinformation. They need the web to be sufficiently open to allow a perceived sense of online freedom of expression, and the proliferation of engaged online discussion. This provides ruling and competing elites alike with opportunities to divide electorates and mobilise their support base against their adversaries. The Oxford Internet Institute’s research on computation propaganda has highlighted how state-sponsored “cyber troops” and trolls are commonplace around the world as means of manipulating public opinion, particularly in support of ruling elites.

The Philippines—the only country whose internet environment is regarded as free—has witnessed a high density of “cyber troops” since populist maverick Rodrigo Duterte came to power. Duterte’s online army is reportedly paid to flood Facebook with pro-Duterte propaganda, sometimes masking as grassroots activists. Cambodia’s Hun Sen, who has a huge social media following, found himself denying buying influence on Facebook after reports that only 20% of his 3 million likes originated from Cambodia (the rest largely being from India and the Philippines). That a septuagenarian former Khmer Rouge leader, who has been in power since the 1980s, felt the need to pay for Facebook likes is telling of the extent political leaders go to in order to construct digital legitimacy, even if it means spreading online propaganda.

But the most prominent example of the potential power of the abovementioned “divide and conquer” strategy was the 2017 Jakarta gubernatorial election. After ex-governor Basuki Tjahaja Purnama or “Ahok” made controversial comments about the Quran, anti-Ahok rallies, mobilising over 500,000 protesters at their peak, were led by a coalition of Islamic groups. These religious groups were long unhappy with Ahok in power but did not surge in popularity until Ahok’s blasphemy case came to the fore (Figure 3). The hard line Islamic Defenders Front (FPI) more than tripled their support base on Facebook following Ahok’s comments, and figured prominently in the months-long campaign against him. Witnessing the rise of the FPI and other Islamist groups gaining prominence as anti-Ahok movement garnered force, Ahok’s opponent Anies Baswedan, long seen as a secular Islamic politician, shifted gear to appeal to those sympathetic to the FPI campaign. The online sphere became deeply polarised: a network analysis of those who commented on Ahok’s and Anies’ Facebook posts in the month of December in 2016 (Figure 6) shows that only 16 people cross-commented on both pages out of a total of 9,000 comments.

Source: author analysis. Data are drawn from the period from December 1 to 31, 2016

Here, Facebook played an important role in catapulting the hard line FPI into mainstream politics. This then contributed to a more polarising political environment in which more Indonesians were politically active online than ever before, but not necessarily engaging with opposing views.

Confronting the challenge to a free internet

Digital rights and digital literacy are the biggest challenges to Internet users in Southeast Asia now and going forward. While global trends suggest that the increasing tide of state surveillance, monitoring and censorship online will not dissipate, Internet users must build greater resilience to protect and defend basic human rights in the digital world, including freedom of expression, freedom of association and privacy.

Civil society groups, bloggers, human rights advocates, students, journalists, and academics should band together to build the technical and legal capacity needed to defend internet rights within the region against the growth of government surveillance, as well as corporations seeking to capitalise on the plethora of personal information online. Public awareness about digital rights and their importance to a vibrant democratic society is crucial to building digital resilience.

Aim Sinpeng is a Lecturer at the Department of Government and International Relations, University of Sydney, and is a co-founder of the Sydney Cyber Security Network and a Thailand country coordinator for the Sydney Southeast Asia Centre.

Her research focuses on the relationships between digital media, political participation and political regimes in Southeast Asia, and she has blogged extensively on this and other topics in Thai and Southeast Asian politics at New Mandala. Her latest publication, on Facebook politics in Thailand, appears in Pacific Affairs.