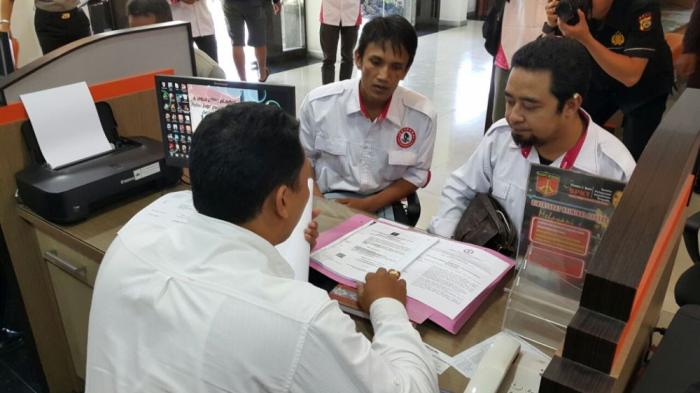 More Activist Were Reported, Proof of the Twisting on Information and Electronic Transactions (ITE) Law to Silence Democracy

Indonesia – In the past year, SafeNet recorded 11 activists were reported to the police for allegedly violating criminal provisions in the ITE Law.
The latest was Pospera’ s (Posko Perjuangan Rakyat) reporting of the Coordinator ForBALI, I Wayan “Gendo” Suardana on Monday, August 15, 2016. Gendo was reported to the police through Pospera’s Central Executive Board (DPP) and the Regional Leadership Council (DPD) with reports Number TBL / 584 / VIII / 2016 / Bareskrim.

DPP Pospera accused Gendo has spread information that give rise to hatred and hostility as stipulated in Article 28 paragraph 2 of Law No. 11 of 2008 on Information and Electronic Transactions (ITE) and Article 16 of Law No. 40 of 2008 on the Elimination of Racial and Ethnic Discrimination.

The report was made following a nudge (tweet) from Gendo through @gendovara account on July 19, 2016, which reads “Ah, such ‘bot’ accounts, broadcasted by napitufulus, founder of the blackmailer of the people’s headquarter appeared again, defending Susi, monkey, show me your ugly face”.

Gendo’s tweet should be viewed from a wider context and does not stand-alone. He tweeted in his capacity as chairman ForBALI criticizing policy of the Minister of Marine and Fisheries Susi Pudjiastuti who released location permit to PT Wahana Tirta Bali International (TWBI). However, his critics, tweeted as #KecewaAmaSusi or #dissappointedwithSusi was answered with accounts using hash tag #BravoSusi. Therefore, Gendo tweeted as an expression of frustration.

WE strongly believe that expression of resentment cannot be criminalized. Thus, in relation to Pospera’s legal action against Gendo, we concluded such action was only to silence activists from rejecting the reclamation plan of Benoa Gulf in Bali.

Similar situation occurred with recent report from police, BNN, TNI and Johnly Nahampun ‘ s against KontraS Coordinator Haris Azhar on 2 and August 4, 2016. Report, which mentioned that Haris has tainted reputation of state institutions actually an attempt to hush activist whom problematize involvement of drug mafia in state circle.

Article 27 paragraph 3 of the law, which stipulates that anyone using electronic media to defame or intimidate others can be sentenced to six years in prison and a Rp 1 billion (US$82,118) fine, was used to ensnare testimony of Haris Azhar that based on statement from the late Freddy Budiman before the latter’s execution. Efforts to criminalize Haris Azhar’s testimony were clearly obstructing democracy.

Two cases mentioned above are only tiny part of various others where many activists were reported to the police since enactment of ITE Law, whereas their statements were expressing struggle to find the truth. Such expression is granted under the Constitution of the Republic of Indonesia Article 28E (3) which states: “Everyone has the right to freedom of association, assembly, opinion and expression,” but also by Article 19 of the ICCPR (International Covenant On Civil Political Rights) which has been ratified into Law No. 12 of 2005 on Civil Rights.

ON that basis, SafeNet / Southeast Asian Freedom of Expression Network:

1. URGES the Government of Indonesia and the Commission 1 of RI House of Representatives to repeal articles of ITE Law that frequently been used to stifle democracy such as article 27, paragraph 3, article 28 paragraph 2 and article 29 of ITE Law;

2. ENCOURAGES the Indonesian National Police and the Attorney General of Indonesia to reject the reporting of the activists whom charged under articles of the ITE Law and encourage settlement through mediation as an alternative to criminal prosecution.

3. CALLS for parties whom reporting against activists to stop twisting the law, especially the articles of ITE LAW for personal gains which clearly not reflecting principles of truth and justice;

4. REQUESTS the attention of the UN Special Rapporteur for Freedom of Expression, David Kaye and network of activists / organizations of freedom of expression in Southeast Asia region to give solidarity and to help oversee democratic process in Indonesia which has been disheveled by harsh application of ITE Law.