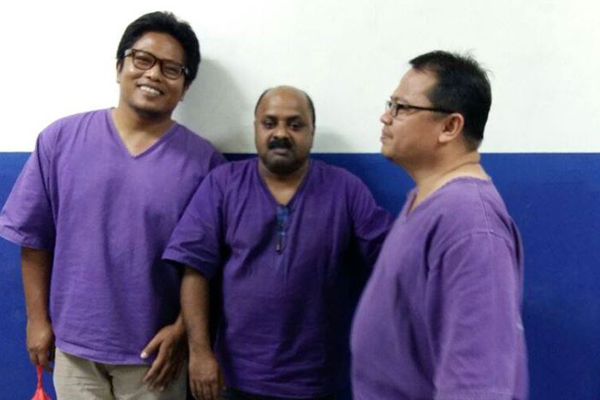 Police have detained three editors and two executives of The Malaysian Insider news portal in Malaysia’s Kelantan state and accused them of sedition.

Police on Monday raided the offices of The Malaysian Insider on the outskirts of the capital, Kuala Lumpur, and arrested Lionel Morais, managing editor of the portal; Amin Shah Iskandar, the Bahasa-language news editor; and Zulkifli Sulong, the features and analysis editor, The Malaysian Insider reported. Police and officials from the Malaysian Communications and Multimedia Commission searched an editor’s computer before making the arrests, news reports said.

The arrests stemmed from a Malaysian Insider report on March 25 that claimed a senior council comprising royal rulers and state governors, known as the Conference of Rulers, had rejected a proposal to amend federal law to allow for the introduction of hudud, or punishments meted out under Islamic law, according to The Malaysian Insider. A council representative filed a police report on March 26, denying that the Conference of Rulers had discussed or ruled on the issue, news reports said.

The youth wing of the ruling United Malays National Organization party also filed a police complaint over the report, news reports said. On March 19, UMNO state representatives passed an amendment to state law to allow the introduction of hudud in Kelantan state, but the penal code cannot be enacted without changes to federal law, reports said.

The five have been accused under the Sedition Act and the Communications and Multimedia Act’s Section 233, which relates to the misuse of computer networks. If convicted, they face up to three years in jail, the reports said.

The Malaysian Insider reported that it could also have been targeted in connection with other reports it had published, including critical accounts of the government’s management of a state investment fund.