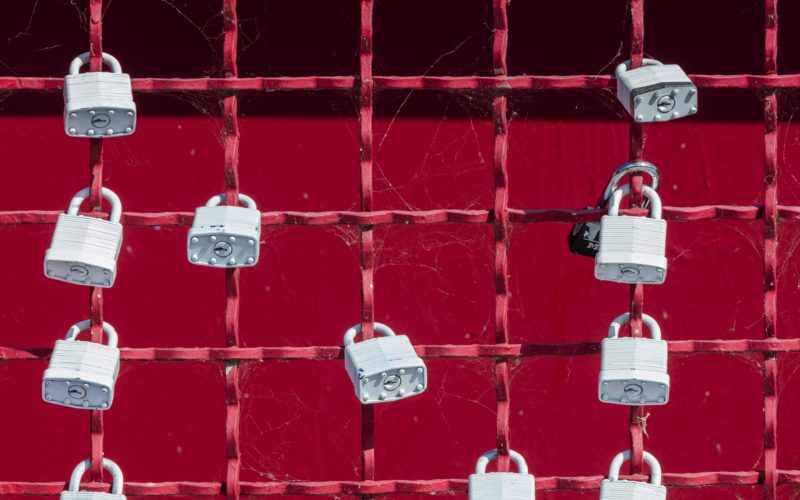 On August 21, 2019, Indonesia ordered internet services to be temporarily blocked in Papua before partially lifting it on September 5, 2019. This incident followed similar internet shutdowns in Rakhine and Chin States in Myanmar in June 2019 which lasted for months before it has also been partially lifted on September 1, 2019. According to the Shutdown Tracker Optimization Project (STOP), the practice of blocking access to internet services has been worryingly on the rise. In 2018, there were 196 documented shutdowns in 25 countries around the world compared to 108 shutdowns in 2017 and 75 shutdowns in 2016. Asia and Africa are the two regions where the shutdowns have happened the most.

In Rakhine, the shutdown occured as a result of the fighting between Burmese military forces (or Tatmadaw in Burmese) and the Arakan Army (AA). Four telecom operators had been ordered to suspend internet services by the government on June 20, 2019 in eight townships in Rakhine and one township in its neighboring Chin state. The government was reported to order the shutdown due to “disturbances of peace and use of internet activities to coordinate illegal activities.” Two months later, residences in the Papua region  experienced a similar situation following the protests that occurred in mid-August after Papuan students in Surabaya, a city located in East Java of Indonesia, were reportedly mistreated by police and shouted at with racist slurs. While political conflict between Papua and Indonesia has existed for a long period, the current political situation has triggered the protests. According to the Indonesia government, the shutdown was intended to curb “distributing and transmitting electronic information that is still in doubt or that is indicated by hoax or incitement that can cause hatred and animosity.”

1) To cut down communication

The internet is a crucial medium for political gatherings during situations where there is political turmoil. People rely on the internet to communicate with each other, whether it is to organize or stage a protest or to keep informed and updated on each other’s whereabouts. The shutdown is a way to cut off these online communication channels and prevent protestors from communicating with each other.

Under a repressive regime, the government usually controls the media and the information that is broadcasted. State-controlled media channels can be full of propaganda that governments would like to channel in order to distort the truth. People often turn to social media to express their voices or upload their photos or videos to show what the actual situations are on the ground. When more and more people share videos or photos from the same situation, it can counter the state’s broadcasted content. When an internet shutdown prohibits people from sharing information online that may counter state-controlled accounts, misleading information and disinformation can spread. Fact-checkers in Indonesia reportedly said that their work was more challenging due to the shutdown in Papua. Having some information that are allegedly “false and provocative” which needs to be fact-checked, they cannot contact sources in Papua to verify the information.

3) To cover up human rights violations during the shutdown

In case the situation worsens, resulting in a clash between the police/military force and protestors or a violent crackdown, an internet shutdown can stop people from sharing the information on these incidents. Video footage taken during a clash can be used as a strong evidence to document the ensuring violence and timeline of events and to identify the key perpetrators and victims. It can help counter disinformation in this case if multiple videos or photos are taken and shared by different people to corroborate the account of what truly happened during the same event. In Papua, it is more difficult to document and report the situation without the internet. At least six protestors and one soldier have been reportedly killed during the protest in Deiyai regency on August 28. It is also reported that journalists are having difficulties to “coordinate, to find news, to send articles, and verify any news from the ground.”

One possible explanation is that, an internet shutdown might be more easily implemented in the areas where the economic burden from a shutdown is not too costly for the governments to bear. In conflict-prone areas, economic development is usually not stable.  Prior to investment, companies consider security along with other factors like predictability to ensure that their investment will bring in profits. Due to the instability and violence, conflict-prone areas are generally not considered as unattractive for economic development. The situation in Rakhine, which has long been a site of conflicts, reportedly has driven away interest to invest in Myanmar. In West Papua, although the Indonesian government has tried to promote economic development in the region, which also is a site of very rich natural resources, the economy remains the poorest of all regions in Indonesia.

This reason possibly explains why an internet shutdown is unlikely to happen in Hong Kong where technology plays a very crucial role, as seen in protestors using the online forum LIHKG and messaging app Telegram to organize and manage the movement. The economic burden from the shutdown would paralyze the economy, and become too devasting for the government to handle. The 1,107 square kilometers is the world’s 7th largest trading economy and ironically, China is its most significant trading partner. The Hong Kong stock market is the third largest in Asia after Tokyo and Shanghai. According to NetBlock’s Cost of Shutdown Tool (COST), which estimates the economic impact of an internet disruption, the total shutdown of one day in the entire Hong Kong would result in a $424,924,816 USD loss in economic value.

This projected loss can be compared to the economic value of a total internet shutdown in Myanmar and Indonesia. In Myanmar, a one-day total shutdown of the entire country would cost the country $24,191,025 USD, while the same situation would cost Indonesia $106,005,580 USD. An  internet shutdown would result in distressing impacts among those in the community. Business cannot operate as usual. The effects of the shutdown in Rakhine has caused tourism in the UNESCO World Heritage city of Mrauk-U in Rakhine to suffer. Governments around the world issued a warning to their citizens not to travel to the city. It is also reported that people living in three Rakhine townships were not prepared for floods as they did not receive information in advance due to the shutdown. The flooding has resulted in displacement of peoples due to the destruction of houses. In response to the natural disaster, aid workers from humanitarian groups found it harder to work in the area without internet access.

In the event of a partial internet shutdown, one solution to access the internet through alternative means could be using Virtual Private Network (VPN) or other technical tools. In the case of a total internet shutdown, the solution to help the community is still underway since existing online tools (including VPN) would unlikely work in the absence of any internet. In Papua, it is reported that journalists depend on private wi-fi networks which are more expensive.

Internet shutdowns have been on the rise globally. Meanwhile, those living in conflict-prone areas are likely to be one of the most affected and vulnerable groups to suffer from the shutdown’s effects. Therefore, efforts should focus on how these risks and burdens could be mitigated in the event of an internet shutdown. Preparation for such incidences should be considered.

The article has been updated on September 9, 2019 due to the lifting of the internet shutdown in Papua and Rakhine.

This article is published under Creative Commons license CC-BY-NC-ND 4.0.