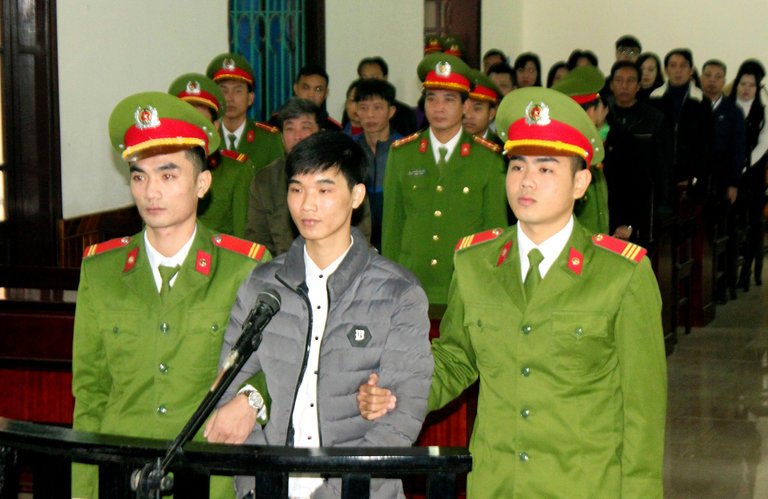 Nguyen Van Hoa, a citizen journalist who has worked with RFA’s Vietnamese Service as a videographer, has again been the victim of torture after complaint a report on torturing inside the jail while serving a seven-year prison sentence for publishing videos of protests on toxic fill in Formosa.

On May 2019, the prison guards at An Diêm Prison (Quang Nam Province), where Nguyen Van Hoa is being held, had strangled and beaten him before placing him in solitary confinement. Another prisoner of conscience, Hoang Duc Binh, witnessed the scene and informed his family during a phone call. Nguyen Van Hoa’s sister went to An Diêm Prison on May 14 but could not see her brother.

A prison official, introduced as Captain Nguyen Van Tien, informed her that Hoa was being disciplined for violation of the prison regulations and for “criticizing the Communist Party”. His right of access is revoked. Contrary to the law, no official notification of Hoa’s solitary confinement was issued.

Nguyen Van Hoa was subjected to torture and ill-treatment immediately after his arrest in January 2017, at the detention center and after his conviction. On two occasions, in September 2018 and February 2019, he attempted to file a complaint of torture by following the legal procedure provided for by the 2011 Vietnam Denunciation Act (No. 03/2011 / QH13).

Nguyen Van Hoa has had a long history of abuse and torture at the hands of security officers. While detained, he was arrested by both members of the judiciary and the authorities. His testimony, obtained under duress, was used to sentence human rights defender The Dinh Luong to 20 years in prison.