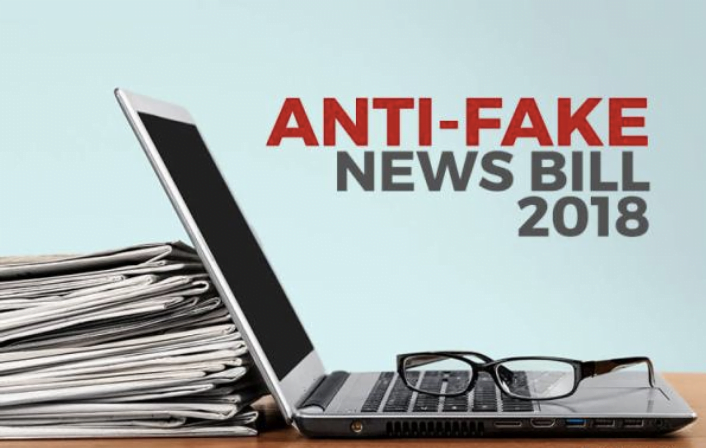 The Malaysia Anti-Fake News Bill 2018 was passed in the policy stage in the Dewan Rakyat on April 2, 2018 following a bloc vote, following days of heated debate. The Bill, which seeks to formulate a new law to stop the spread of fake news which could threaten the country’s political stability and undermine public order and national security, was passed with 123 voting in favour and 64 against.

Several amendments were made to the Bill, which were reducing the jail time for creating and spreading fake news from 10 years to six years, and replacing the word “knowingly” to “maliciously.”

The Bill, provided that any person who, by any means, creates, offers, publishes, prints, distributes, circulates or disseminates any fake news or publication containing fake news is liable to punishment. The Anti-Fake News Bill which sets out fines of up to 500,000 ringgit ($123,000) and a maximum six years in jail or both. The bill will be debated in the Senate as early as by Thursday, 5 April 2018. Once passed by both houses, the law may come into force within days.

The Malaysian law defines fake news as “news, information, data and reports which is or are wholly or partly false.” News includes stories, video, and audio content.

Malaysia is one of the first countries to implement a statewide ban on fake news that punishes the party that publishes the offending content. All around the world, countries are grappling with how to deal with the spread of harmful content or misinformation in their nations.

SAFEnet concerns that this Anti-Fake News Bill was meant to restrict freedom of speech; that the government is rushing to introduce the law; that the Bill is draconian and meant to prepare for the Malaysia’s general election; redundancy of law; unclear fake news definition; draconian punishment; who defines fake news and selective prosecution.