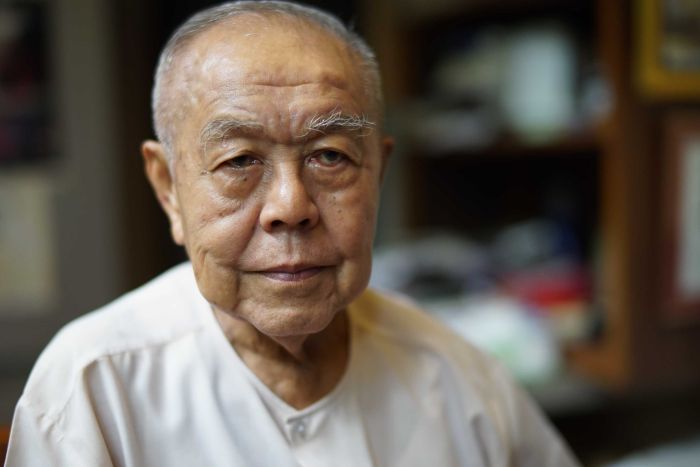 Sulak Sivaraksa, 85, a renowned social critic and the founder of the International Network of Engaged Buddhists, nominated twice for the Nobel Peace Prize, made the comments at a university seminar in 2014 where he questioning the historical accuracy of the story of a former Thai king slaying a Burmese prince in a duel while riding elephants. According to Thai history, Thai King Naresuan challenged Burmese Crown Prince Mingyi Swa to a duel in 1593, the two fought from the backs of elephants and King Naresuan killed Prince Mingyi Swa with his lance.

Police has escorted Sulak to meet the prosecutor, who will decide whether to go ahead with the case. He is charged with lèse majesté, which protects the king, queen, heir and regent from defamation, but has been more broadly applied to cover the king’s dog, past kings and even Facebook “likes” of controversial material.

On December 7, the prosecutor will announce whether to go ahead with the case against Sulak. If it does go ahead, the trial would be held in a military court, possibly in secret.

Recently, a Thai netizen Ladda Wiwatsurawech initiated an online petition using change.org platform one day after the police submitted to the military prosecutor the case file in which Sulak is accused of royal defamation.

It called on Gen Prayut Chan-o-cha, the junta leader and Prime Minister, and the Minister of Foreign Affairs to authorise the dismissal of the lèse majesté charge against Sulak.