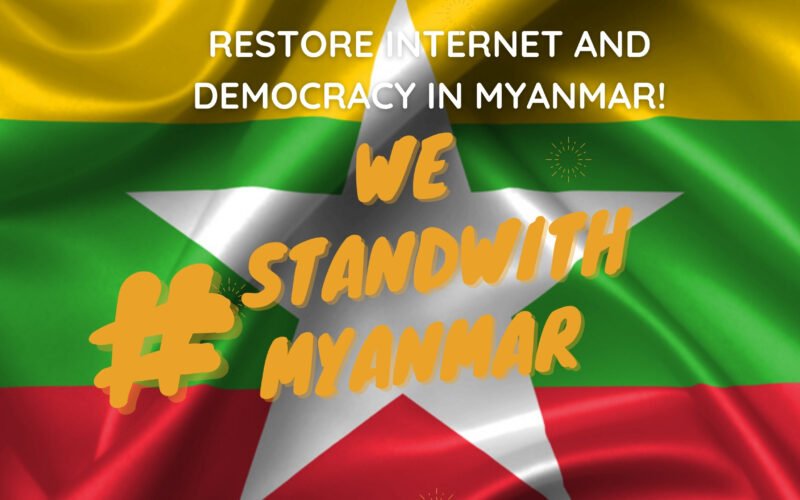 We, the undersigned Civil Society Organizations and individuals, call on the people of Southeast Asia to express their voice to urge the military in Myanmar to stop violence, restore the internet and respect the digital rights that Myanmar citizens need in recent times.

Today, February 1, 2021, there has been a takeover of power in Myanmar. Under the pretext of the imposition of the 2008 Emergency Law, the Myanmar military took over the government and held critical figures in prison. Vice President Myinth Swe (with military background) appointed himself as a leader and then announced that an Emergency Situation had been declared and the three state powers: legislative, executive and judiciary had been handed over to the Supreme Commander for 1 year.

In addition to that, the network monitoring organization Netblocks reports that there has been disruption to the internet network in Myanmar amidst a military uprising and reports of the detention of civilian leadership. Network data from the NetBlocks Internet Observatory shows the onset of widespread internet disruption in Myanmar on Sunday, January 31, 2021 (UTC) amid reports of a military uprising and the detention of political leaders including Aung San Suu Kyi. The telecommunication disruption which started at around 3:00 am Monday morning local time has significant subnational impacts including the capital and is likely to limit the scope of events as they take place. Continuous outages have been monitored with national connectivity initially dropping to 75% and then 50% from the usual rate at 8:00 am local time on Monday, February 1, 2021.

This takeover of power was motivated by the Myanmar military’s dissatisfaction with the results of the November 2020 election, which won the majority of seats by the NLD. Therefore, we invite the people of Southeast Asia to show solidarity and together with the Myanmar military to liberate political figures and citizens, restore internet networks and uphold democratic election results.

Let’s speak out together the Myanmar military to release and to protect all leaders, activists, human rights defenders, journalists, activists, and all those who might be considered criticizing the military from acts of violence. Apart from that, we must also have the restore of information for citizens, especially internet access because currently, information is vital for the transparency process. Stopping and filtering users from Internet access, regardless of the justification given, becomes disproportionate and thus violates article 19 paragraph 3 of the International Covenant on Civil and Political Rights (ICPPR).

This statement also invites you to sign on to this solidarity letter.

Write your name/organization to this link and we will update the Solidarity Call.