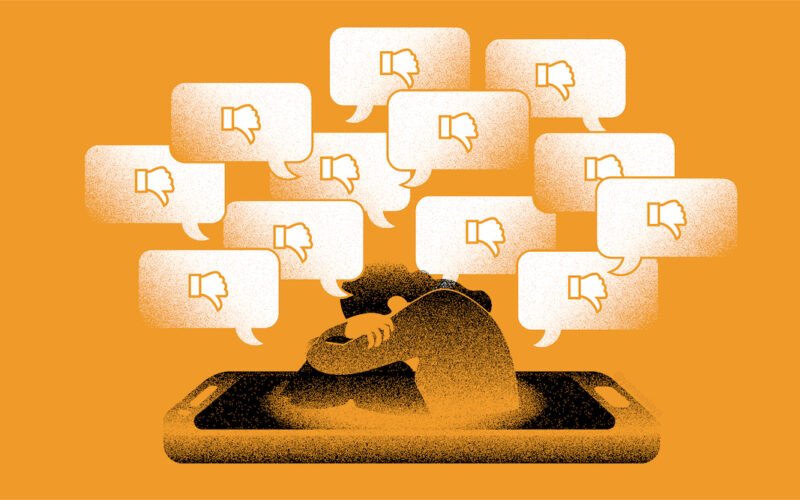 As part of the program “Fighting hate narratives and violations of freedom of religion and expression in the digital space”, SAFEnet conducted research in 2021. Boaz Simanjuntak, a SAFEnet volunteer and researcher on security issues, is the lead researcher for this research. The complete research report can be read in both Indonesian and English versions.

The following is a summary of the research results.

If referring to the International Convention, the definition of hate speech is grouped into four categories, namely the spread of messages that contain hate against a certain race or ethnicity; calls for hostility, discrimination and crime; incitement to commit acts of terrorism; and hate speech as incitement to genocide. However, until now the definition of ‘hate speech’ in Indonesia is still too broad and easy to use.

This definition gets wider if you look at the cases of hate speech in Indonesia that use digital media. This is because the digital world has the potential to increase hate speech, a channel for dissemination, a meeting place for cross-identity literacy, and a place to reject those who are different from themselves and their groups.

This research finds that patterns of hate speech can also occur for religious reasons, both inter-religious, as happened in the conflict in Ambon, or within the same religion, as happened in the case of Ahmadiyah in Islam or Hare Krisna in Hinduism. Another pattern is through the contestation of regional head elections where hate speech against other groups is disseminated through WhatsApp groups.

In addition, the pattern that is also used is the labeling of gender identity and sexual orientation. This lesbian, gay, bisexual, transgender and queer (LGBTQ) group was even persecuted directly after being threatened through digital media. The next pattern is to distinguish groups with disabilities in physical ability so that they are considered exclusive.

Hate speech also occurs by monitoring students from ethnic Papuans who are about to take action. They will be closely monitored, including by distributing personal data of Papuan students along with derogatory narratives. Finally, this pattern of hate speech is also related to labeling other groups as lower caste in terms of funerals, in Bali, where hate speech is spread through social media and Whatsapp.

There are various specific issues related to hate speech in this research, the findings of which relate, among others, to basic things such as: the economy of citizens and positions of office that intersect with group interests, in this case a particular religion, for example the Ambon conflict.

Trivial things that eventually lead to hate speech can also be related to memories of communal conflicts in Kalimantan related to ethnicity and religion, even from small things like parking a vehicle. An interesting thing that could be related to economic issues that intersect with hate speech is the seizure of the congregation of a religious group.

Still related to the economy, it turns out that hate speech does not only occur between in-groups and out-groups but also within in-groups, such as among sex workers. or indirectly from other people outside the group.

In addition, there are also old ways of hate speech, which are often used and don’t seem to end. Narratives of ‘Heaven’ and ‘Hell’ which are associated with a person’s sexual choices and people with visual impairments who are considered unfit to sell food and drink, because they cannot see, are feared to be unhygienic in their presentation.

Based on cases of hate speech from respondents’ stories, they are divided into three, namely gender, SARA, and people with disabilities. The picture that the issue of SARA which intersects with identity politics shows its high position for hate speech (62%). Hate speech related to status as a person with a disability (23%). Gender-related hate speech (15%).

In terms of victim mitigation, this research found a variety of efforts, as an illustration of personal and group actions to overcome hate speech. Make peace with yourself, get out of the conflict area, and meet people who are different from their groups during the conflict, for example the Ambon conflict or distance yourself from your extended family for years and shut yourself off as part of the Ahmadiyah on social media.

Second, stay away from groups that are thick with hate speech and enter groups that work on peace issues or change places of work and choose a place that can accept their beliefs, for example the Atheist group or join groups that can accept the existence of their groups, for example the Ahmadiyah group in West Kalimantan which is close to the Dayak Adat Council, as part of educating the public through social media with content that describes who the Ahmadiyah really is.

And the third is that the slanted picture of the government’s role in overcoming hate speech will change with the hope of cooperating with state officials. Ways such as dialogue with the Regional Apparatus Work Unit (SKPD) in the local government to place the issue of disability as an issue that crosses SKPD, to reduce hate speech against diffable groups in the city of Makassar. In addition, the local government is making identity cards (KTP) as an effort to reduce hatred against the Transgender group in Bali. As well as making the local government as an equal partner to carry out collective responsibilities such as in the preparation of Perwali in the city of Makassar.

What is interesting from this research is that Indonesia has many effective ways to prevent hate speech from each region, this means that the derivation of regulations from the central government to the regions can be adapted to the local context by involving all parties, especially marginal groups.

The complete research report can be read in both Indonesian and English versions.