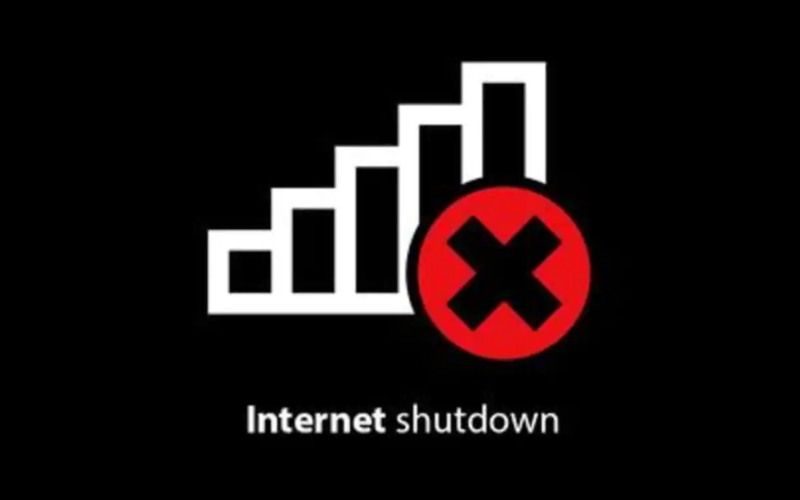 When Tim Berners Lee invent WWW — world wide web to give ability any person in the world to access the internet — that previously long time before for the purpose of surveillance in the context of military — the original intention is to make this digital space as marketplace of ideas. The marketplace of ideas is a rationale for freedom of expression based on an analogy to the economic concept of a free market.

The marketplace of ideas holds that the truth will emerge from the competition of ideas in free, transparent public discourse and concludes that ideas and ideologies will be culled according to their superiority or inferiority and widespread acceptance among the population. The concept is often applied to discussions of patent law as well as freedom of the press and the responsibilities of the media in a liberal democracy.

But we also know that such a free space no longer applicable.

The Strengthening Role of State To Control Cyberspace

Now take a look on how the government use regulatory approaches and also control the internet.

• To control the content in internet, we are familiar with Online Censorship — in the form of filtering and blocking website or apps.
• To surveil the internet, we are also familiar with Cyber Surveillance — through spyware and cyber patrol. Number of budget for cyber patrol arising from year to year to monitor the content in the internet.
• To control the network, now we are looking the type of state control in the form of internet slowdown, internet shutdown and nation-wide single Domain-Name-Server (DNS).

I strongly believe online censorship, cyber surveillance, and internet shutdowns are the key ingredients in a rising wave of digital authoritarianism. Together they serve as tools to stifle democratic engagement both online and offline.

An internet shutdown, as explained by AccessNow, is an intentional disruption of internet or electronic communications, rendering them inaccessible or effectively unusable, for a specific population or within a location, often to exert control over the flow of information. While OONI/Open Network of Network Intervention puts online censorship like blocking apps and websites also forms of internet shutdown.

The main actor of internet shutdown is the government with single purpose: to control what people say or do. Therefore Internet shutdowns have become one of the defining tools of government repression in the 21st century.

On May 26, 2020, the Keep It On coalition issued an open letter to the Deputy Director-General of the WHO, Dr. Zsuzsanna Jakab, calling on her to urge the governments of Bangladesh, India, Myanmar, and Pakistan to end the blatant and arbitrary internet shutdowns currently ongoing — even amid the COVID-19 pandemic.

Their justifications rarely match what observers conclude is the actual cause. In 2019, the most commonly observed causes were protests, military actions (mostly in India), communal violence, political instability, religious holidays or anniversaries, and elections.

In examining the data from 2019, it is evident that when a government says it is cutting access to restore “public safety,” in reality it could mean the government anticipates protests and may be attempting to disrupt people’s ability to organize and speak out, online or off.

Similarly, a government claim that a shutdown is necessary to fight “fake news,” hate speech, or incendiary content could be an attempt to hide its efforts to control the flow of information during periods of political instability or elections.

While in Indonesia, internet shutdown was based on national security rather than what-so-called the worrying spreading of hoaxes. If the Government said the reason of internet shutdown for handling hoaxes, actually it is an instant and easy and lazy way to solve problem of hoaxes, which create greater problems and undermine digital rights.

Based on three internet shutdown in Indonesia last year, we could see that the nature of internet shutdown were happen during mass-protest. To calm down the protest, the government take action by shutting down the internet. But in their own press briefing, they were using “handling hoaxes” as the main reason.

On 18 August 2019, there was peaceful demonstrations due to protests over racism experienced by Papuan students in Surabaya and Malang in 16 August 2019. To control the situation, the Government decides to practice internet shutdown. Papua and West Papua have long been conflict areas in eastern part of Indonesia. The government usually used security approaches and technological oppression to curb freedom of expression and freedom to assembly.

Actually internet shutdown in Papua and West Papua was not the first time in Indonesia. Previous cases had occurred during the violent protest after the election in May, 2019. On 22–25 May 2019, the government “ordered” internet service providers to slow down image and video in WhatsApp and social media.

Consequences for The Society

If we examine the impacts of internet shutdown in Indonesia, we will found out that these type of cyber control set great effect for the society:

During 338 hours of internet shutdown and 78 hours of bandwidth throttling:

2. Social — politics:
a. Information: limits journalist to check facts on the ground, media organisation like CNN Television Network could not send the live reports from 20 plans, they only send audio/live phone, Cendrawasih Pos daily even close their business for days and lost their advertising business.
b. Public services: e-government/regional government could not send purchase and fill in docs
c. Health care: people could not access national health services
d. Unsecure: VPN download rising very high during internet shutdown, making all the efforts from the civil society/digital literacy communities to limit negative contents like hoaxes, child pornography and terrorism are meaningless.

So whenever the Government used the internet shutdown to oppress the people, the society can not exercise their rights and also can not exercise the freedom of assembly (in the situation like COVID-19 and the mass protest against Omnibus Law on job creation right now) as we use digital space as a way to do consolidation among civil society groups and spreading hope.

Luckily, there were pushback agenda from the Indonesian civil society. Starting from online petition using tech platform to protest the action, mass-protest in front of MICT office, dialogue with the Minister of ICT, and later take legal action to the court. The judge from Administrative Court sentence the government guilty to enact internet shutdown in Papua and West Papua. And recently in early October 2020, the civil society group called Coalition of Press Freedom challenge the article 40 that giving full authority of government to censor and cut internet access to the Constitutional Court.

Now remains problematic situation: The uncertainty. As COVID-19 and Omnibus Law on Job Creation protest going on, the socio-political tension is rising in Indonesia. Many people start to distrust to the government. The question is: will internet shutdown be enacted again?