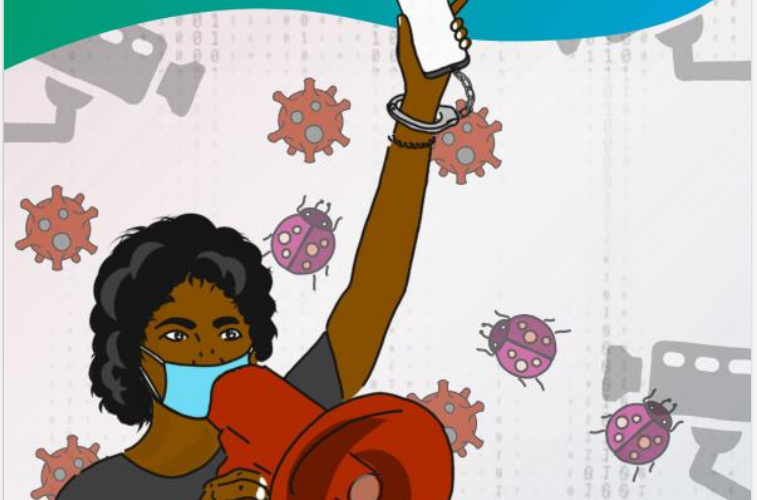 The COVID-19 pandemic has not only affected our health, but also changed how we go about or days. We have had to adopt new behaviors both in terms of maintaining personal health and hygiene as well as in terms of interacting with the people around us. The normalcy of socializing, gathering in crowds, are being replaced by distancing measures in isolation.

A year since the pandemic turned the world upside down following the first reported case of COVID-19 in Wuhan, China, isolation has now become the new normal. Even when we gather in groups in the same room, we need to keep our distance and cover our faces so as not to further spread the virus.

Fortunately, information technology is here to make it easier. Online digital spaces are growing fast to substitute physical encounters. Physical distance disappears with internet connection. School, work, and even religious worships have now moved to our very own personal spaces. The internet makes it all possible.

However, not everyone can access the opportunity. The privilege of studying, working, attending worships, and going on with our daily activities online can only be enjoyed if one has access to resources both in terms of equipment and capacity. The Indonesia Digital Rights Situation Report 2020 breaks down the importance of fulfilling digital rights amid the pandemic as well as presents evidence on how inequality persists and renders citizens more vulnerable, especially the critical voices.

The COVID-19 pandemic has exposed the inability of the Indonesian government to fulfill the digital rights of its citizens.

To prevent the spread of COVID-19, many countries have imposed lockdowns or restrictions so that people must carry out their activities from home, including work, study, and religious worship. However, reliable and spedy internet access is not available to all. Many residents, especially those of lower economic class and those living in remote areas, are still struggling to get proper internet access despite the steady increase in internet penetration rate.

In the second quarter of 2020, the number of Indonesian Internet users reached 196.7 million people or 73.7% of the population, up from the 64.8% recorded in 2018–2019 according to the Indonesian Internet Service Providers Association. Another source recorded a slightly different number of users at 202.6 million people albeit at a similar rate of 73.7%. Meanwhile, access from mobile devices reached 345.3 million (125.6%), indicating that each person in Indonesia owns 1–2 mobile devices.

However, the increase in penetration does not go hand in hand with equal distribution of internet access. Some residents remain unable to conduct their activities from home due to inadequate infrastructure, economic limitations, and low capacity.

The Ministry of Education and Culture issued Circular No. 15 of 2020 to guide the implementation of online and offline distance learning program during the pandemic. However, the policy fails to address the unequal distribution of internet access and infrastructure. Among others, it is estimated that about 12,000 schools do not have access to electricity and about 42,000 are not connected to the internet. Meanwhile, among the ones that do have internet access, about 48,000 are of poor quality.

On the other hand, many students do not own smartphones or other devices to access the internet. And when they do have one, some cannot afford the internet data package or are unable to operate the software used in distance learning.

In addition to problems in the education sector, limited internet access amid the pandemic has also worsened the fulfillment of economic rights for some citizens. While the government encourages businesses to digitize, those categorized as micro, small, and medium enterprises face further obstacles relying on relatively expensive, unstable, and unfairly distributed internet access.

Furthermore, our findings highlight how limited and unfairly distributed access to the internet cause an even more severe negative impact on the digital rights of minority groups, particularly Papuans and international refugees.

Right to freedom of expression

Criminalization against internet users using the ITE Law has intensified as well during the COVID-19 pandemic. The government justifies this as a response to curb the spread of hoaxes and hate speech. Particularly problematic is how the government tends to label any information that is not in line with its messaging on COVID-19 response as hoax, leading to an increase in legal charges against many citizens.

Throughout 2020, SAFEnet recorded at least 84 criminal cases against netizens, almost four times higher than the 24 cases recorded in the year prior.

The ITE Law remains a looming threat against the freedom of expression of netizens, with 64 of the 84 cases citing problematic articles of the Law, particularly Article 28 (2) on hate speech in 27 cases, Article 27 (3) on defamation in 22 cases, and Article 28 (1) on consumer loss due to false information in 12 cases.

In addition to the ITE Law, several other regulations are noticeably being used as well to limit expression in the digital space. Articles 14–15 of Law No. 1 of 1946 on riots are cited in at least 21 cases along with Articles 207 and 310 of the Criminal Code on insult and defamation.

The victims in these cases are dominated by regular citizens (50) and activists (15), followed by labors (4), university students (4), private employees (3), grade school students (2), and journalist (1). This marks a significant increase from 2019 which recorded criminalization against journalists in 8 cases, activists in 5 cases, and regular citizens in 4 cases.

The steep rise of criminalization against freedom of expression throughout 2020 cannot be separated from two major issues: the government’s handling of the COVID-19 pandemic and the controversial passing of the Jobs Creation Omnibus Law.

Also in 2020, the National Police Chief issued official telegrams ST/1100/IV/HUK.7.1.2020 dated April 4 and STR/645/X/PAM.3.2./2020 dated October 2.In the first one, the Chief instructs officers to carry out cyber patrol in order to monitor the circulation of opinion news, targeting the spread of hoaxes regarding COVID-19, the government’s pandemic response, and insults against the president and government officials. The second telegram outlined the National Police response toward public rejection of the Jobs Creation Omnibus Law.

On November 16, the government also issued the Communications and Informatics Ministerial Regulation No. 5 of 2020 on Private Electronic System Operators. This regulation makes Indonesia one of only a few governments to force social media platforms, online applications, and other online service providers to be liable to local jurisdiction over their content and user data policies and practices. If not properly anticipated, this could potentially exacerbate government repression on freedom of expression.

In terms of digital security, 2020 also saw a rise in gender-based online violence and digital attacks. Gender-based online violence cases were found to be increasing particularly in families due to increased pressure amid the pandemic. Similarly, digital attacks were on the rise due to massive criticisms toward the government’s handling of the COVID-19 pandemic as well as the passing of the Jobs Creation Omnibus Law in October.

A soft attack, on the other hand, is employed to to intimidate a target psychologically or publicly damage their credibility. As such, this type of attack must be carried out openly using social media, sometimes anonymously. Examples of soft attacks include doxing, impersonation, and trolling by online mobs. A soft attack is usually coordinated and employs bots and anonymous accounts.

Throughout 2020, SAFEnet recorded at least 147 digital attacks—an average of 12 incidents a month. October saw the highest number of incidents occurring with 41 while only three occurred in March.

Such finding is reinforced by the fact that digital attacks tend to rise when there is a national political issue dominating public attention. The number of incidents peaking in October could be explained by the massive public protest following the passing of the Jobs Creation Omnibus Law. Likewise, higher number of incidents in June was very likely connected to the emergence of a movement against racial discrimination toward Papuans and in August 2020 due to intense criticisms over the government’s COVID-19 pandemic response.

Our monitoring throughout 2020 reaffirms our previous findings that the digital world remains pivotal for civil society to drive change. Alas, it has also become a means of repression against civil society, including through digital attacks.