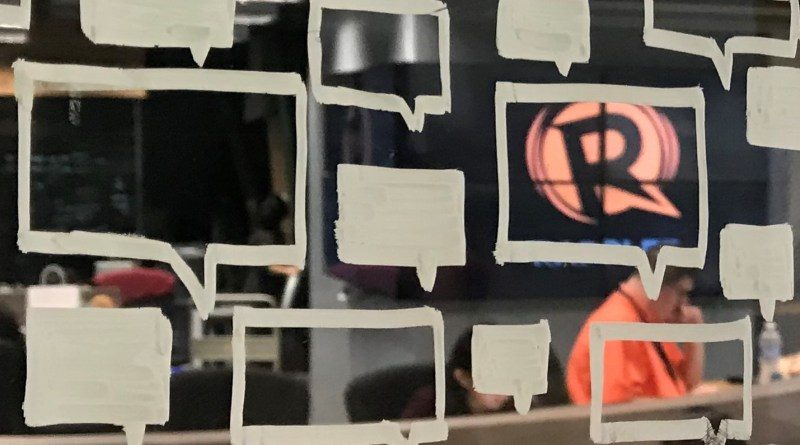 In May 2012, Rappler published a story titled, “CJ using SUVs of ‘controversial’ businessmen,” which raised questions about the propriety of former chief justice Renato Corona, who was undergoing an impeachment trial at the time, using luxury vehicles owned by businessmen when he had been issued by the Supreme Court his own vehicle.

The story mentioned businessman Wilfredo Keng, who was found to have been the owner of a black Suburban that was used then by Corona in 2011. Court sources had said the former chief justice had been using that vehicle traced to Keng. This triggered a background check on Keng which yielded information that was added to the story. He was traced in China, his side was sought and included in the story.

More than 5 years later, in October 2017, Keng filed a case with the National Bureau of Investigation (NBI) cybercrime division, claiming that the 2012 investigative report linking him with illegal drugs and trafficking did not observe “the ethical standards of journalism.” The allegations were based on an intelligence report and previously published stories.

On January 18, 2018, the NBI issued subpoenas to Maria Ressa and Reynaldo Santos Jr over the complaint. On January 22, Ressa appeared before the NBI for an initial hearing. She and Santos filed counter affidavits the next month, arguing that cyber libel, like libel from the Revised Penal Code, could only apply within a year after a story’s publication.

Later, on February 22, 2018, the NBI junked Keng’s complaint, affirming that the one-year prescriptive period for libel had already lapsed.

But on March 2, 2018, the NBI recommended to the justice department that Rappler be prosecuted for cyber libel. NBI cybercrime division chief Manuel Antonio Eduarte said that the theory of continuing crime or “continuous publication” applied.

On February 12, 2019, Presiding Judge Rainelda Estacio Montesa of the Manila Regional Trial Court Branch 46 issued the arrest warrant against Ressa and Santos in connection with the complaint.

The NBI waited until around 5 pm on February 13 to serve the warrant. By that time, regular courts had closed. This is an age-old tactic used to get the accused to spend time in detention. The media arrived in the Rappler office after hearing of news that NBI agents were there to arrest Ressa.

We asked the NBI agents to allow her to stay in the office while lawyers apply for bail before a night court. But the NBI insisted on bringing her to their headquarters in Manila, saying they were acting on orders of their director. Ressa complied as soon as her lawyers arrived.

Ressa’s lawyers attempted to post bail, as is her right, but the judge of the Pasay night court refused to accept or process it. The warrant served by the NBI even did not contain the bail amount, which also posed another obstacle for any judge mandated to accept bail.

Ressa was arrested at the Rappler headquarters, and detained at the NBI for the night. Ressa posted bail worth P100,000 the next mornin

Keng said the story was updated in 2014, by which time, the cybercrime law had taken effect.

The update to the story in February 2014 only covered a correction of a misspelled word, evation, to evasion, and changes in the universal resource locator of images. No substantial changes were made to the previously published story. Existing jurisprudence says that “republication,” which can “create a new cause of action for defamation,” happens only when a website is “substantially modified.”Q

Republic Act (RA) No. 10175 or the Cybercrime Prevention Act of 2012 was passed in September 2012, or 4 months after the investigative report was published in May. No penal law is retroactive.

Keng’s lawyers have argued that “the article written was committed by means of publication in the online platform and website of Rappler, which is open and available for public consumption since the date it was posted, which was on May 29, 2012 and updated on February 19, 2014.”

In the DOJ resolution indicting Ressa, the principle of “multiple publication rule” was cited. According to the DOJ, though written in 2012, it was revised in February 2014, thus bearing a timestamp after the enactment of RA 10175.

As indicated above, no substantial changes were made in the February 2014 update of the story. Thus there is no basis for a “new cause of action for defamation.”