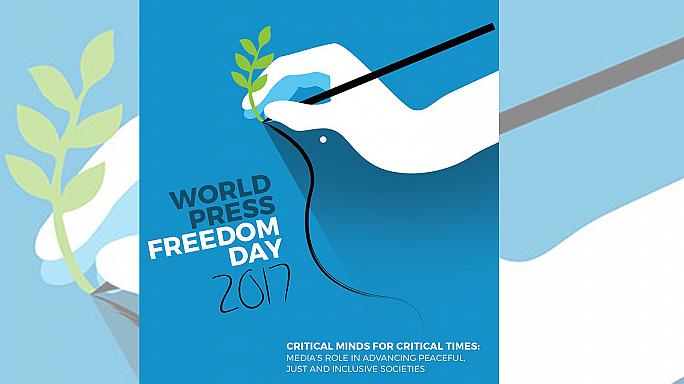 Every year, on May 3rd, we celebrate the basic principles of press freedom. World Press Freedom Day (WPFD) exists to give an annual evaluation of global press freedom; to stand up for the independence of the press from violence; and to pay tribute to those who have lost their life carrying their journalistic duties.

This year, Indonesia is the host of WPFD. Many activities are planned for the celebration from May 1st to 4th, 2017, which will include 1200 participants from 100 countries. It seems that Indonesia, a country which ranks 124 out of 180 on the Reporters Without Borders (RSF) 2017 Press Freedom Index, wants to convince the international community that media freedom is in fact its priority.

Unfortunately, the Indonesian government’s record does not match its rhetoric, particularly in the eastern Indonesian provinces of Papua and West Papua (often known collectively as West Papua). These two provinces have faced serious issues: restrictions are placed on foreign journalists, while violence and discrimination against Papuan journalists and bribery are common occurrences.

The visa application for Radio New Zealand International reporter, Johnny Blades took three months to be approved, and only after he was able to convince the Indonesian Embassy that he would only cover development issues. Even then, the permit he received did not allow him to film everything he wanted: any footage of of security forces was strictly off limits.

Radio France reporter, Marie Dhumieres, was spied on by police while reporting from West Papua in 2015. ‘The police arrested two Papuan civilians for helping me gain access to a plane. They were interrogated by the police,’ said Dhumieres.

In February 2017, research by WAN–IFRA (The World Association of Newspapers and News Publishers) concluded that government officials and security forces are discriminating against Indigenous Papuan journalists, who are stigmatized as supporters of the Free West Papua Movement. One reporter from Papua Selatan Pos admitted that he experienced intimidation from the police and government, including the banning of two of his publications in 2007 and 2008. He was threatened with criminal charges and prohibited from reporting on President Joko Widodo’s investment programme in the Merauke region.

When Papuan civilians are shot or arrested, Indigenous Papuan journalists find it very difficult to get any information from the security forces. ‘When a shooting incident took place towards a civilian in Boven Digoel, I asked for confirmation from the police chief via text message. Instead of confirming the incident, he said “I thought you were banned from reporting”,’ revealed Arnold Belau, a reporter from Suara Papua.

Indigenous Papuan journalists including the late Octovianus Pogau, Abeth You (Koran Jubi), and Ardi Bayage (Suara Papua) have experienced violence from police officers during their coverage of peaceful public rallies in West Papua.

Abeth describes one such incident from 2015: ‘After I took pictures of activists, police officers from Jayapura Municipality Police later came out from a police truck to disperse the protesters. There was a police officer that acted brutally against the demonstrators. He came towards me, seized my camera and deleted my photos. He insisted that I was a demonstrator, although I showed him my press card.’

Ardi Bayage was even put in the Abepura police cells for covering a West Papua National Committee (KNBP) demonstration in support the United Liberation Movement for West Papua (ULMWP). He was arrested and put in jail with seven other demonstrators. Later, the police said they did not know that Bayage was a journalist.

From 2012 to 2016, the Alliance of Independent Journalists of Jayapura Municipality recorded 63 cases of violence against journalists in West Papua. None of these cases led to any legal consequences for the police.

‘At first, I was amazed to see so many journalists waiting around at the end of interview sessions with officials. I then found out that they were actually waiting for their money.’ said one journalist who works for a media base in Jakarta. Another journalist confessed that regional officials are willing to give large sums of money to make up news about the success of development projects in West Papua, even if the real facts are very different.

The government of Indonesia is now treating communications technology as a threat. Websites that have raised the issues of human rights violations in West Papua are now starting to be banned in Indonesia. After suarapapua.com was banned in 2016, the government has also blocked a range of websites including ampnews.org, infopapua.org, papuapost.com, freepapua.com, freewestpapua.org, bennywenda.org and ulmwp.org.

‘The government claims that access has been restricted because those websites had “separatist” content. But we need to ensure that any such restrictions meet accepted human rights standards,’ said Asep Komarudin, Research Coordinator of the Jakarta Legal Aid Institute for the Press (LBH Pers Jakarta). He believes that websites should not be restricted unless the process is clear, transparent and recognized by law. Any determination of content should be carried out by a judicial authority or an independent body, not the government.

All of these issues should be of great concern to anyone involved in celebrating World Press Freedom Day in Jakarta. Double standards in press freedom are not something to be proud of!

Victor Mambor is Editor of the West Papuan newspaper Tabloid Jubi. He was former chairperson for The Alliance of Independent Journalist in Papua (2010-2016). Now he is a press expert of the Indonesia Press Council.