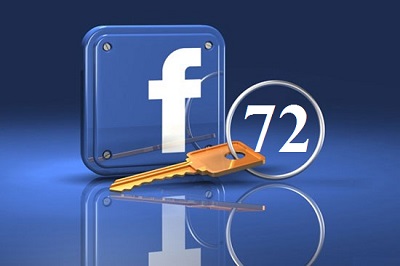 The Vietnamese government has introduced new restrictions on internet freedom with “Decree 72” – a new law which critics say will encourage self censorship and deter foreign investment.

Brought into force on September 1, 2013, Decree 72 limits the use of blogs and social media to “providing or exchanging personal information”, and prohibits them from being used to disseminate news or even info from government sites.

The law also bans content which could be “harmful” to national security or which opposes the government – all typical, and deliberately vague, restrictions placed on netizens living in other one party authoritarian states such as China.

Unsurprisingly, rights groups have been campaigning against the law ever since it was publicised by Vietnam’s Communist Party a couple of months ago.

Reporters Without Borders rightly pointed out that the government would find it extremely difficult to enforce such restrictions, given its censorship and tracking apparatus is much more basic than that of neighbour China.

“The decree is both nonsensical and extremely dangerous. Its implementation will require massive and constant government surveillance of the entire Internet, an almost impossible challenge. But, at the same time, it will reinforce the legislative arsenal available to the authorities,” it said.

“The announced decree is nothing less than the harshest offensive against freedom of information since Prime Minister Nguyen Tan Dung signed a decree imposing tough sanctions on the media in 2011.”

Another stipulation in Decree 72 is that foreign internet companies wishing to operate in Vietnam must maintain servers within the country. Up until now the likes of Google have managed to bypass any online censorship requirements by virtue of serving up content from outside of the country.

The Asia Internet Coalition, which counts Google, Yahoo and Facebook among its members, said it was “disappointed” with the new ruling. Executive director John Ure had the following in a canned statement:

We believe that the decree will negatively affect Vietnam’s Internet ecosystem. In the long term, the Decree will stifle innovation and discourage businesses from operating in Vietnam, thereby hindering Vietnam’s goal to establish itself as an advanced competitive ICT nation.

Similar sentiments were publicised in a statement from the Freedom Online Coalition, which said the law “risks harming Vietnam’s economy by constraining the development of businesses in Vietnam, limiting innovation, and deterring foreign investment”.

Technology investment has been at the heart of the Vietnam government’s plans to rejuvenate the country, with advanced ICT teaching in schools, ambitious smart city projects in cities like Danang and investment deals with IBM, Intel and others.

The IT ministry is predicting that enterprise IT industry in the country could be worth over $1 billion annually soon, so it remains to be seen whether foreign technology firms take a stand over these restrictive internet laws or look the other way with the prospect of many more lucrative investment opportunities to come.

It certainly hasn’t bothered them in the past, given that the authorities have already arrested and detained over 40 bloggers and activists in Vietnam this year.